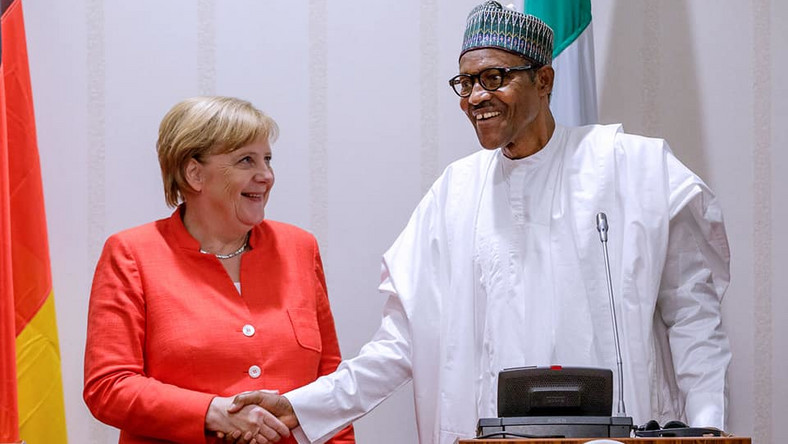 While Nigeria is still struggling with the US visa ban, the EU says there might be more in store for the country as far as visas are concerned.

Nigerians may no longer find it easy to get visa to travel to Germany, Italy, Spain, France and 23 other countries, as the European Union (EU) threatens to impose restrictive visa implementation rules on Nigeria.

While stating that the union will not place a visa ban on Nigeria, EU Spokesperson for Foreign Affairs and Security Policy, Virginie Battu-Henriksson says the EU could make its visas more difficult for Nigerian applicants if the country fails to meet its standards.

Recall that on Friday, January 31, 2020, the United States (US) government under the leadership of Donald Trump officially imposed an immigrant visa ban on six countries, including Nigeria.

Addressing the travel ban, the Trump administration said Nigeria was included on the travel ban list to keep America safe from terrorists.

While Nigeria is struggling with the US visa ban, the EU says there might be more in store for the country as far as visas are concerned.

US President Donad Trump has officially banned Nigerians from migrating to the US. [NYT]

Should the Nigerian government under the administration of President Muhammadu Buhari fail to play its part in the return and readmission of its nationals staying illegally in Europe, Battu-Henriksson says the EU could impose restrictive visa implementation rules on the country.

The EU spokesperson said, “What the EU can do since new rules on short-stay visas to the EU became applicable on 2 February 2020, is to adapt the rules on processing short-stay visa applications, depending on whether a non-EU country cooperates satisfactorily on the return and readmission of their nationals staying irregularly in the EU.

“This could have an impact on the processing time, the length of validity of the visa to be issued, the level of the visa fee to be charged and the fee waivers. It is important to note that this mechanism does not amount to a visa ban and does not call into question the right to submit an application for a visa or to be granted a visa. It only allows for a more restrictive implementation of some of the visa rules. This concerns short-stay visas to the Schengen area, covering stays of up to 90 days in any 180-day period.”

‘Nigerians are staying illegally in Europe’

“Nigerians still place among the top 10 nationalities detected as staying irregularly on the EU territory, although the number of Nigerians entering the EU irregularly declined drastically last year,” Punch quoted her as saying.

Battu-Henriksson lamented that Nigerian criminal networks remain active in Europe, and the country remains the main non-EU country of origin for victims of trafficking (mainly women) registered in the EU.

The EU spokesperson says Nigeria remains a partner in the fight against terrorism and human trafficking, adding that the EU is supporting the multinational joint task force in its fight against Boko Haram and had donated 55 million euros to the African peace facility.