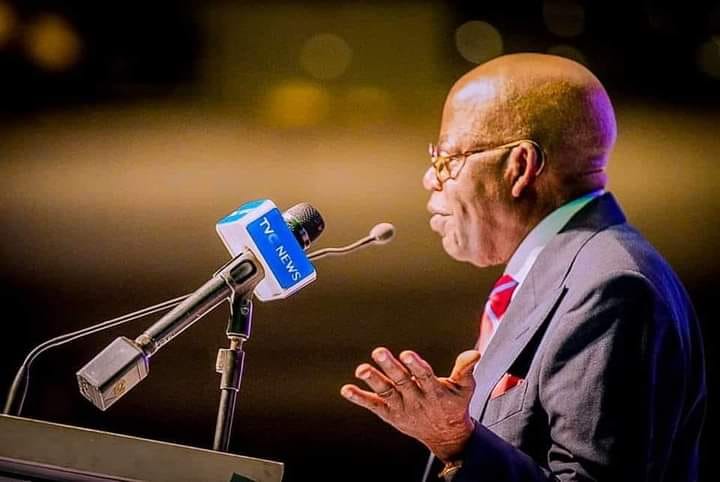 The National Broadcasting Commission (NBC), has slammed a fine of N2 million on Arise TV for airing a fake news about the APC’s presidential candidate, Asiwaju Bola Tinubu.

The TV station had aired a report that the Independent National Broadcasting Commission (INEC) was investigating Tinubu’s alleged crime bordering on narcotics and illicit drugs.

A statement purportedly issued by the INEC had gone viral on social media but the electoral body, on Saturday debunked the report, saying it was a handiwork of mischiefs.

Arise TV had on Sunday apologized to Tinubu and INEC for misleading the general public.

But NBC said the station erred by not verifying the so called INEC press release before broadcasting the fake news.

The commission, in a letter addressed to the Chief Executive Officer, Arise Global Media Limited, and signed by the Director General, Balarabe Shehu Ilelah, said the commission had between 19 and 26 September, 2022 went round the country to sensitise broadcasters and reminded them on the provision of the Nigeria Broadcasting Code and the Electoral Act as the nation counts down to the 2023 general election.

It said despite the fact that Arise TV had apologised to Tinubu, that would not stop the sanction for violating section 5.1.3 of the Nigeria Broadcasting Code.

“Arise TV is hereby sanctioned and shall pay a penalty of N2,000,000. Note that the penalty shall be paid within two weeks of the receipt of this letter or sanction shall be graduated,” the commission said. 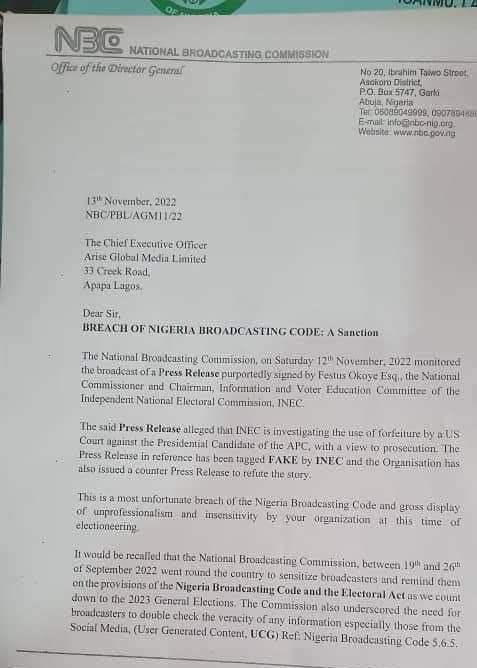 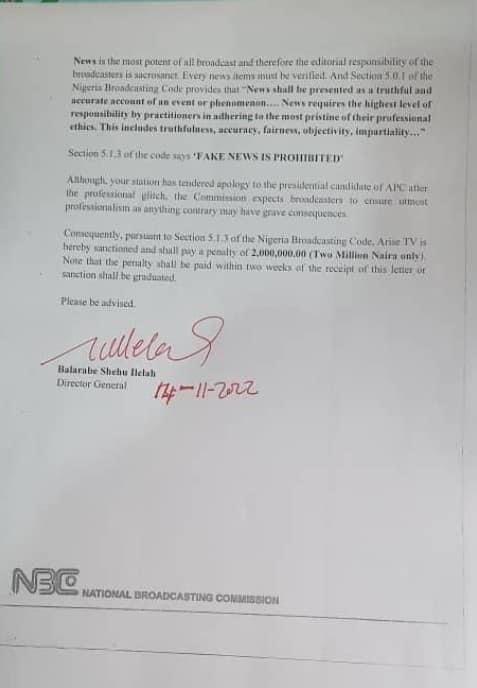 You Cannot Insist On Due Process For Igboho, Kanu & Deny It To Abba Kyari – FFK