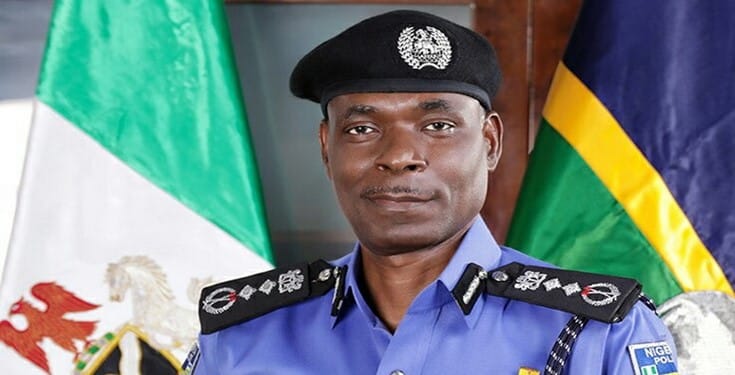 The Nigeria Police Force will need almost N1tn to be efficient and effective in the fight against rising insecurity in the country.

The leading internal security outfit is proposing a total sum of N944,856,416,800 to carry out its operations across the country. 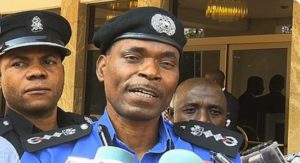 The Inspector-General of Police, Mohammed Adamu, had on Tuesday said apart from more personnel, the Force needed not less than 1,000 Armoured Personnel Carriers, 250,000 assault rifles with corresponding ammunition, to effectively police Nigeria.

Adamu had made this known at a public hearing organised by the House of Representatives Committee on Police Affairs, themed ‘Repositioning the Nigeria Police for an Enhanced Service Delivery.’

The police boss, who was represented at the event by the Deputy Inspector-General of Police (Operations), Abdulmajid Ali, stated that an aggregation of reports by the various police reform committees under the current democratic dispensation indicated that there were major challenges inhibiting optimal police service delivery.

In the document presented to the committee, a copy of which our correspondent obtained, the police listed the challenges as including gross underfunding, which he said was occasioned by inadequate budgetary appropriation and non-release of the limited appropriated funds.

An analysis of the document on Saturday showed that the police plan to spend a total of about N944.9bn on helicopters, gunboats, patrol vehicles, fuel, and monitoring and inspection.

A breakdown of the proposed expenses showed that they were in five categories.

Deployment of helicopters to the six geopolitical zones “for aerial patrol against armed robbery, kidnapping, banditry, terrorism and sundry operations” will cost N3,056,140,000.

The marine section of the NPF plans to spend a total of N21,660,000,000 on Police Combat Patrol Launch and armoured gunboats.

Monitoring and evaluation of commands and training institutions by the Department of Research and Planning would cost N247,488,000.

A further breakdown of the N3,056,140,000 billed for the six aircraft showed that they would conduct aerial patrol for six hours per day, consuming 800 litres per hour, while the cost at N250 per litre would amount to N2,592,000. Repairs and servicing, lubricants and spare parts make up the total.

Meanwhile, the Police Service Commission has said 2,866 senior police officers from the ranks of Assistant Superintendent of Police to the Deputy Inspector-General of Police retired from service in 2019.

The PSC decried that “because of the serious insecurity situation in the country, the Police Force continues to lose personnel almost on a daily basis,” stating that “in view of the foregoing and some others un-highlighted, it is crystal clear that the current strength and funding of the Force is grossly inadequate to effectively secure our country and her citizenry.”

Chairman of the PSC, Alhaji Musiliu Smith, a retired IGP, in his written presentation to the House, a copy of which our correspondent obtained, stated that the current strength of the NPF, put at about 350,000, “is grossly inadequate to police our country.”

The PSC boss said, “For a start, urgent attention should be given to the issue of increasing the strength of the Force to at least 500,000 within the next two years. This should cover enlistment of cadet ASPs, Cadet Inspectors – general duty and specialist – and constables.

“As it has been done in the past, intensive initial training for cadet officers can be shortened to nine months while that of recruit constables can run for six months.

“If approval is given to conduct many of these courses yearly, it will ensure regular increase in the strength of the Force even with the annual retirement of due officers.”

Smith had on Tuesday decried inadequate police personnel, many of whom he said had been deployed to protect public buildings and servants as well as Very Important Persons.

“It is from the indicated police strength that personnel are deployed to the Presidential Villa, National Assembly, Judiciary, top government officials at the centre (Federal Government) and all the states, prominent traditional rulers nationwide, foreign embassies, banks, key/vulnerable points and all levels of police formations throughout the country. No wonder, only skeletal police coverage is available in all police formations nationwide,” he said.

Meanwhile, the International Society for Civil Liberties and Rule of Law has dismissed the policing system being operated by the NPF as archaic, noting that advanced countries are deploying information and communication technology to fight crime.

Chairman of Intersociety, Mr Emeka Umeagbalasi, in a statement said there was no other way to describe the request presented to the House by the IGP other than “service mediocrity.”

He wondered when the Nigeria Police bosses and their military counterparts would “do away with archaic policing and soldiering.”

The statement read, “We also do not know why, when other police services or forces around the world are fully embracing ICT policing, the NPF is busy racing back to the yore and its concomitant archaic or anachronistic policing.

“The Force is notorious for policing incompetence and has been haunted by chronic data system collapse, including total collapse and malfunctioning of its central crime statistics and database. Till date, there are numerical contradictions with regard to the actual size of the NPF.

“While the newly introduced Integrated Payroll and Personnel Information under the Office of the Accountant General of the Federation puts the personnel size of the NPF to about 290,000 to 300,000 as of 2018, the authorities of the NPF have consistently maintained that Force is peopled by 370,000 personnel. In other words, the present IGP is not sure of the accurate size of the present NPF.”

The group also criticised the “near-total, if not total absence of a credible database for weapons in the armouries of the police and their movements, uses and safety. As a matter of fact, the data deficiencies in the NPF are inherently entrenched and chronic.”

“A competent, lettered and ICT compliant IGP should have provided the credible statistics of the number and type of weapons and personnel at the disposal of the Force and their functionality index, before demanding for additions or otherwise,” Intersociety said.
The statement further said, “The IGP should provide concrete answers to the following: how many rifles, APCs and related weapons and ammunitions, as well as personnel are there in the NPF? Where are they? Are the rifles and related weapons safely or porously managed? Are they being used for purposes they are legally meant for or illegally used for motley of ‘service crimes and atrocities’ such as being used in aiding ‘religious and economic terrorist activities’ and high profile street and roadway criminalities, i.e., kidnappings?

“Are the weapons and personnel truly used for securing generality of the citizens or for sundry roadway crimes such as extortion? Is it correct to say that many of these weapons and personnel are channelled into protection of the so-called VIPs and corporate establishments such as banks and multinational companies, all done in return for payment of billions of naira monthly, which never reflect in any police budget except in private pockets or coffers?

“At the non-state actor level, our questions are: are there credible statistics domiciled with the NPF showing the number, movement and use of illicit weapons such as small arms and light weapons in Nigeria or any part thereof? How secured by the NPF through police border and waterways or marine patrols are Nigeria’s four transnational borders and over 8,600km of waterways?