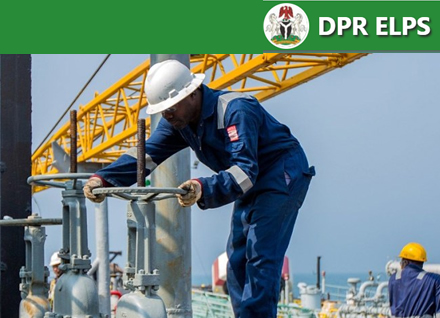 The Department of Petroleum Resources (DPR) in Katsina State has threatened to sanction any filling station found selling the product above the government regulated price of N125.

The acting Controller of Operations in the state,  Malam Aminu Sanusi stated this on Monday while briefing reporters shortly after a tour to four filling stations in the state capital to ensure total compliance.

According to him, the agency uses the Seraphin can to measure petrol dispensed by filling stations who might want to engage in fraudulent activities.

The DPR boss explained that there are a lot of sanctions at his disposal to be meted out to defaulters, stressing that there will be sacred cow.

“Any defaulter, we have a lot of protocol of sanctions that we do to any defaulter. If we find out that you are still selling above the pump price, there are sanctions.

“Each pump that we find you are selling above the government regulated price, we are going to charge you N100, 000 per pump.

“So if you have 10 pumps and they are all selling above pump price, you will have to pay N1million, depending on the number of pumps that we catch selling above the price,” he stated.

Speaking on surveillance, he noted that the agency has been monitoring stations diligently, stressing that nobody will be allowed to surcharge the public.

While acknowledging that the state had since complied with the new Federal Government’s directive, he assured that no petroleum marketer will be allowed to violate it.

His warning comes five days after the Federal Government had approved the reduction of the pump price of Premium Motor Spirit (PMS), from N145 with immediate effect.

The move for the reduction of fuel price is against the backdrop of the crash in crude oil prices globally.

Court adjourns Nnamdi Kanu’s trial till Oct. 21 as DSS fails to produce him in court

On Every Monday, South-east Will Be On Lockdown Till Nnamdi Kanu Is Released – IPOB