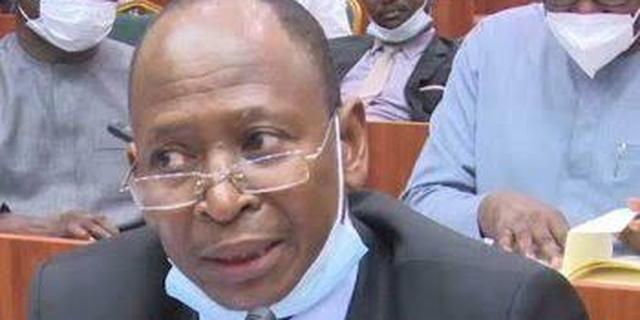 Ahmed Idris, the suspended Accountant-General of the Federation, and three other people were re-arraigned by the Economic and Financial Crime Commission (EFCC) on Wednesday at an FCT High Court, Maitama, over an alleged N109.5 billion fraud.

They were initially charged with misappropriation of N109.5 billion on 13 counts on July 22 before Justice Adeyemi Ajayi, a judge on leave.

However, the matter was given to Justice Yusuf Halilu when the court resumed.

To the charge brought against them by the EFCC, they all entered a plea of not guilty.

After the defendants entered a not-guilty plea, Idris’ attorney, Chris Uche, SAN, pleaded with the court to let them keep the earlier bail that had been granted to them on July 28.

They had been following their bail conditions, he claimed.

The attorneys for the others accused joined Uche’s application and submission.

Oluwaleke Atolagbe, the EFCC Counsel, did not raise any objections to the application.

But he let the court use its discretion in making the choice.

Justice Halilu decided the application and ruled that a defendant’s right to bail is protected by the constitution.

He continued by saying that since he had already been given bail by the court, he was inclined to favorably permit the defendants to continue enjoying the early bail that had been granted to them.

However, he instructed the defendants to give the court registrar their passports.

The judge further said that the prosecution should give the documents to the registrar if they are present.

The case was postponed until a hearing on November 23 by Justice Halilu.

The EFCC claimed that between February and December 2021, Idris accepted N15 billion in gratification from Akindele as a means of accelerating the payment of 13% derivation to the nine oil-producing states in the Federal Republic of Nigeria through the office of the Accountant General of the Federation.

The first and second defendants allegedly converted N84. 3 billion from the federal government’s account between February and November 2021, according to the anti-graft agency.

Reasons for the Hike in Hrice of Cooking Gas