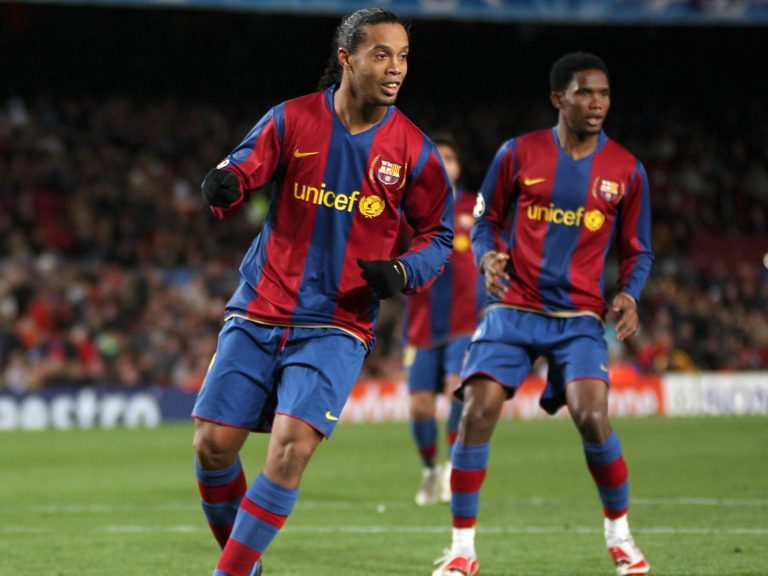 Eto’o sends an emotional message to Ronaldinho in jail

Samuel Eto’o posted an emotional birthday message to Ronaldinho as the Brazilian football legend spent his 40th birthday in a Paraguayan jail.

Ronaldinho was arrested this month in Paraguay after allegedly producing a false passport to enter the country and has been held behind bars pending a court case that has been delayed due to the coronavirus pandemic.

Ronaldinho, who during his playing days starred for Barcelona and AC Milan, clocked 40 on Saturday and four-time African Player of the Year Eto’o took to his Instagram page to wish his former teammate a happy birthday.

“Happy birthday my brother,” Eto’o said in the video.

“Hello brother, I have no words, brother. I don’t even know what to say, we are talking to see how we can encourage you,”

“You are my brother, my friend. I can’t imagine what you’re going through. I can only ask you to have strength and to pray a lot.

“I hope that all this can be solved soon, because you were frankly a good person and a good friend. From here, the black loves you very much and you can count on me for everything you need.

#EdoDecides2020:: It’s over for Ize-Iyamu as he loses home to Godwin Obaseki

Edo Poll: We Must Be Neutral At All Times, INEC Chairman Tells Electoral Officials