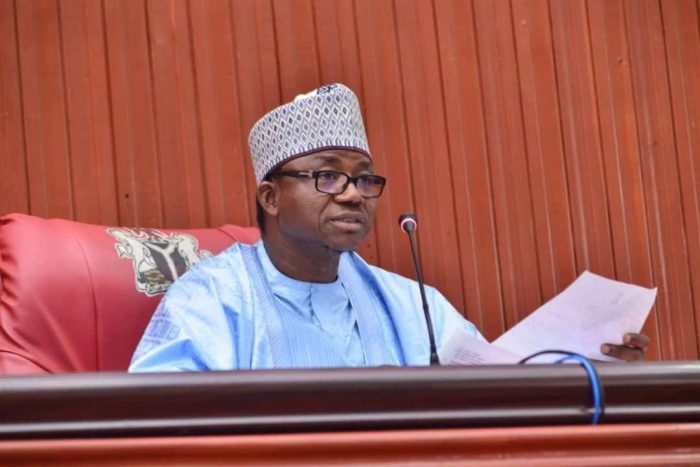 Speaker of the Edo State House of Assembly, Frank Okiye, has tested positive for Coronavirus.

The State Deputy Governor, Philip Shaibu, disclosed this while updating journalists after the meeting of the technical committee set up to monitor the spread of the disease.

“The index case of coronavirus in Edo State, is the Speaker of Edo State House of Assembly, Rt. Hon. Frank Okiye. He travelled to United Kingdom, he came back and went into self-isolation. He sent his sample for testing and it came out positive.

“He is in stable condition. His family members have also been tested and the tests came out negative,” he said.

The Deputy Governor further explained that Okiye prepared his isolation centre even before his return from UK and embarked on self-isolation immediately he arrived his country home in Uromi.

“The interesting thing about it is that, since when he entered Nigeria, he avoided everybody and he has been putting on face mask, he avoided touching his own vehicle and he went straight into self-isolation.

“In fact, he prepared his isolation centre before he returned from London, he asked his wife to prepare a room for him where he was going to isolate. He actually avoided everybody. The only two persons he had direct contact with were his wife and daughter and they have been tested and fortunately, they tested negative,” he added.

The Deputy Governor assured that the State government has taken adequate steps to curtail the spread of COVI-19 in the State.

FG, Labour locked in a crucial meeting to avert the nationwide strike, protest