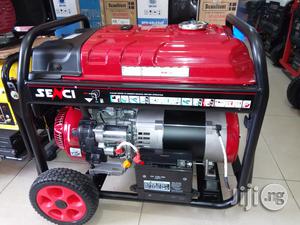 A bill seeking to ban the importation of generators in the country has passed the first reading in the Senate.

The proposed legislation scaled the first reading after it was introduced to lawmakers present at Wednesday’s plenary in the upper chamber of the National Assembly in Abuja.

Meanwhile, another bill to alter the Constitution to provide financial and administrative autonomy for local government councils has passed second reading in the Senate.

The bill which is sponsored by Senator Ahmad Keita is one of nine other bills for the amendment of the 1999 Constitution presently before the lawmakers.

Other bills that scaled second reading on Wednesday included the Immunity for Federal Lawmakers for Words Spoken at Plenary and a bill to prevent the Federal High Court from entertaining pre-election disputes.

The Senate, however, did not throw the bills open for debate before referring them to its Committee on Constitution Amendment for further legislative action.