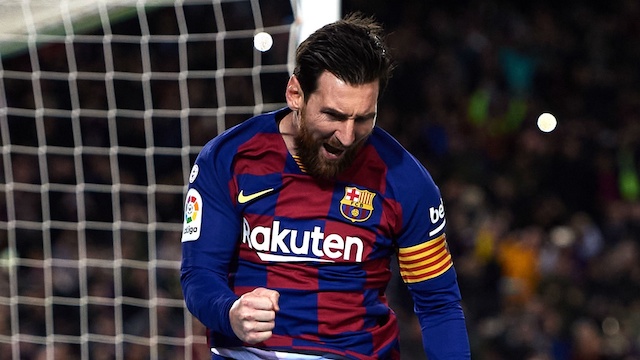 Lionel Messi has been re-elected captain of Barcelona after being voted for the armband by his teammates.

Sergio Busquet, Gerard Pique, and Sergi Roberto fall in line behind the Argentine as the other captains of the team.

Since the departure of Andres Iniesta from Barcelona in 2018, Messi has been named captain of the Blaugrana side. The Argentine is in his 17th season Barcelona and his third season as captain of the team since Iniesta’s departure.

Sergi Busquet who falls behind Messi as captain is in his 13th season for the club and his third season as the team’s second captain.

Gerard Pique is also in his 13th season for the Spanish giants and the 2020/21 season would be his third season as one of Barcelona’s captains.

Finally, Sergi Roberto has been a first-team member since 2013 and rounds off the quartet from La Masia who captain the team for the third season in a row.

BREAKING…#EdoDecides…Obaseki returns as Gov, wins Ize-Iyamu with over 84,000 votes