The Central Bank of Nigeria (CBN) has restricted the process of cash withdrawal of electronic transfer deposits made into domiciliary accounts.

The apex bank on Sunday explained that bank customers can deposit dollars into their domiciliary accounts but are not allowed to transfer such funds to another party. 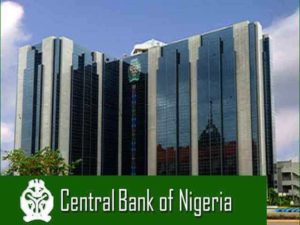 In a statement, CBN Director, Corporate Communications, Isaac Okorafor, clarified that the central bank has not prohibited the acceptance of foreign currency cash deposits by Deposit Money Banks (DMBs). He further explained that “Only electronic fund transfers into domiciliary accounts can be transferred from such accounts while cash deposits into such accounts can only be withdrawn in cash also.

He urged stakeholders and other interested parties to always endeavour to seek clarification on issues and avoid speculative tendencies which are detrimental to the financial system. Meanwhile, the CBN injected the sum of 292.34 million dollars into the Retail Secondary Market Intervention Sales (SMIS) amid further drop in foreign reserves by $380.2 million last week to $36.77 billion.

The central bank, also, intervened with the sum of CNY 22.8 million in the spot and short-tenured forwards segment of the inter-bank foreign market.

The apex bank spokesperson, Mr. Okorafor, explained that the dollar-denominated intervention was for requests in the agricultural and raw materials sectors, while the Chinese Yuan was for Renminbi-denominated Letters of Credit.

He said that the Bank’s management was satisfied with the performance of naira in the foreign exchange market, adding that the development would propel the Bank to sustain its intervention in different sectors of the forex market.

It is, however, worthy of note that the apex bank last Tuesday, offered authorised dealers in the wholesale segment of the market the sum of $100 million, while the Small and Medium Enterprises (SMEs) and Invisibles segments received the sum of $55 million each. Consequently, the naira appreciated by 0.1 per cent w/w to N364.26 against the dollar at the Investors & Exporters (I&E) window but closed flat at N360/USD in the parallel market. In the Forwards market, the naira appreciated across the 1-month (+0.2 per cent to N365.94/USD), 3-month (+0.5 per cent to N368.79/USD), 6-month (+2.3% to N373.87/USD) contracts, while the rate on the 1- year (0.1 per cent to NGN392.47/USD) contract appreciated. “Looking ahead, we expect the still healthy foreign reserves to support the CBN’s currency defence over H1-20.

Further out, the blend of tighter cash inflows, faster pace of capital repatriation, and the possible resurgence of speculative attacks on the naira will force the CBN to throw in the towel in our opinion,” analysts at Cordros capital explained.

During last week trading, the Overnight (OVN) was largely depressed as system liquidity remained buoyant against the backdrop of the significant inflows (N1.40 trillion) that came into the system in the prior week and inflows this week from OMO maturities (N627.22 billion). However, the rate expanded at the end of the week following outflows from OMO (N300.00 billion) and FGN bond (N100.00 billion) auctions.

The Treasury bills market remained bullish as the average yield across all instruments contracted by 80bps to 9.4per cent.

This was driven by the OMO segment (average yield: -128basis points w/w to 12per cent) of the market given the still buoyant system liquidity.

On the other hand, the average yield in the NTB market expanded by seven basis points to 3.9 per cent as market participants unloaded instruments in anticipation of the FGN bond auction.

BREAKING…#EdoDecides…Obaseki returns as Gov, wins Ize-Iyamu with over 84,000 votes

Obaseki: Edo lions and tigers now caged in the zoo