Home > Uncategorized > “I spent 10 years in prison for killing my Wife, After coming out I found out She was still alive” – Man.
Uncategorized

“I spent 10 years in prison for killing my Wife, After coming out I found out She was still alive” – Man. 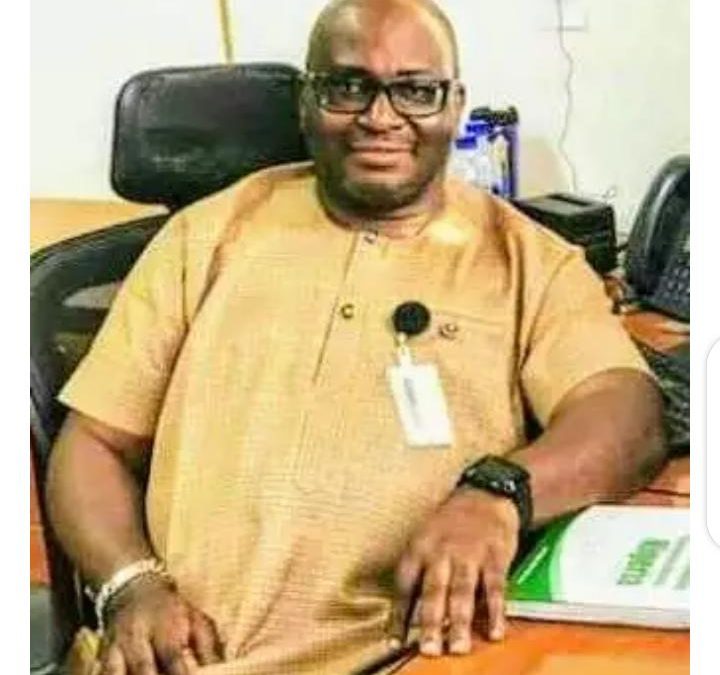 Due to security reasons as well as other factors, I’d prefer his identity is concealed at this point because what is needed right now is advice from the public.

The man whose picture can be seen below took to his Facebook page to narrate an unfortunate event.

From what can be seen in his post, he had spent ten years jail term for killing his wife after an argument ensued between the both of them.

On completion of his jail term, he came out of prison to discover that the wife was not just alive, she had also gotten married to another man.

The photo of the man who seeks advice can be seen below.

Read it up to have more understanding of what he has to say. 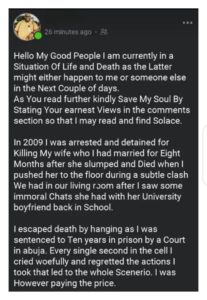 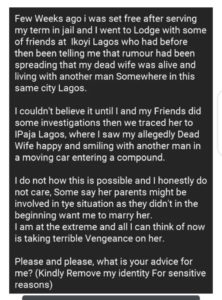 This is indeed a trying time for him.

What do you think he should do at this point in time?

Do not read without leaving a comment please, he needs your advice.

Do well to share the post with your friends and colleagues so that they can also drop their contribution.

Deep Things You Don't Know About Sanusi II. No. 7 Is Touching