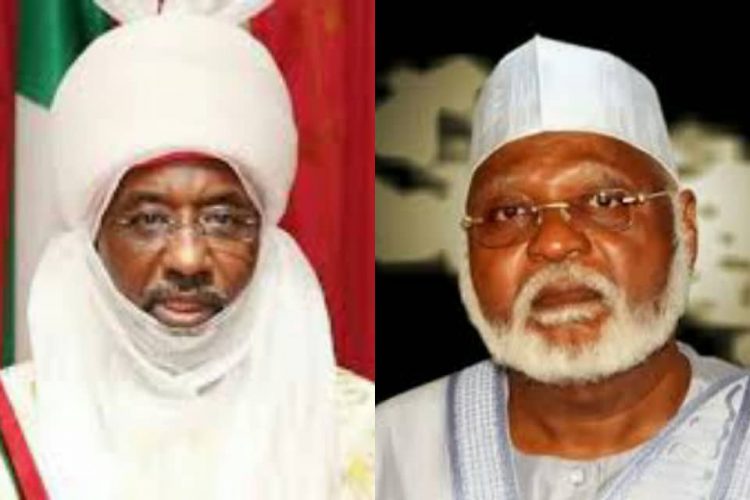 Nigeria’s ex-head of State, General Abdulsalami Abubakar has said that Muhammadu Sanusi II got dethroned as the Emir of Kano because Satan got involved.

Speaking with Voice of America Hausa Service, the former Head of State said a committee was actually inaugurated to mediate between Sanusi and Governor Abdullahi Ganduje.

According to him, the committee, which he was a part, met with the Emir and the governor separately, and then with them together.

“We tried to mediate. All I can say is that there was a misunderstanding and Satan got involved,” he stated.

Abubakar said Ganduje had the yam and the knife in this matter because the emir was under him and that he did what he should do.

He added that he could not say whether or not President Muhammadu Buhari intervened in the matter as he was away from the country, saying that before he left, he and the team went to him with the report of the matter and that they discussed with the president.

He was optimistic that if Buhari had gotten himself involved in the matter, the dethronement might have been nipped in the board.

He, however, said if Allah said a thing would happen, there was nothing anybody could do about it.

Kano govt reveals why it is yet to reopen schools