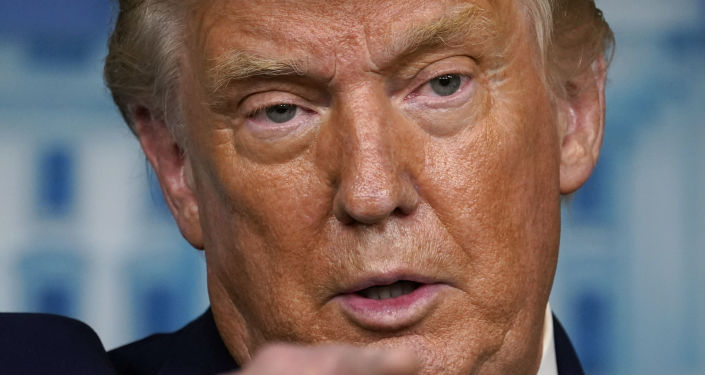 U.S. President Donald Trump campaign machine is in the throes of a cash crunch, forcing it to pull back television advertising in some crucial states.

A flustered Trump will now embark on a heavier fundraising schedule in coming weeks, seeking money from small and big donors, a strategy that his Democratic rival Joe Biden has been using.

Trump’s campaign started the year with more than 10 times as much money as Democratic rival Joe Biden.

But to the alarm of some Republican donors, the former vice president closed the gap as Democratic donors consolidated behind him and the Trump campaign burned through its cash more quickly.

Biden, who leads Trump in most national and battleground state polling ahead of the Nov. 3 election, had about $99 million in the bank to Trump’s $121 million by the end of July, according to disclosures by each side’s campaign.

But in August, Biden outraised Trump nearly $365 million to $210 million in August.

“I am flabbergasted that the money lead we had in February has completely evaporated,” said Dan Eberhart, a Republican fundraiser and executive in the oil and gas industry who cut a $100,000 check to the Trump Victory Fund in June.

Trump this week said his campaign had to spend millions on advertisements earlier this year to fight the impression that he mishandled the coronavirus pandemic, which has killed more than 194,000 Americans and devastated the U.S. economy.

A couple of donors questioned whether the campaign’s purchase of a multi-million dollar ad during the Super Bowl in February so far ahead of the election, as well as ads in the heavily Democratic Washington, D.C. market in June, were more about Trump’s vanity than strategy.

Eberhart said some of the campaign’s recent actions, including buying ads in few-day increments as opposed to weekly and going dark in some states for a stretch, suggested the campaign now faces a cash pinch.

Bill Stepien, who became Trump’s campaign manager in July, told reporters this week that the campaign was “very comfortable and confident in how we’re spending and where we’re spending.”

Biden is poised to outspend Trump on ads in the final weeks of the race.

The Democrat’s campaign has booked about $181 million in television and radio ad spending between September and November, compared to $156 million by the Trump campaign, according to ad tracking firm Advertising Analytics.

The current bookings show Biden will spend more than Trump in battleground states North Carolina, Pennsylvania, Michigan, Arizona and Wisconsin. Trump is slated to outspend Biden in Florida and Ohio.

Stepien said in a statement that the incumbent’s campaign has invested heavily in a field operation and ground game aimed at turning out voters “while the Biden campaign is waging almost exclusively an air war.”

In the final stretch of the race, the Trump campaign will increase its outreach to donors of all means, advisers said.

Trump’s weekend agenda includes meeting with deep-pocketed donors on Saturday in Washington and on Sunday in Las Vegas, where an event is expected to raise $4 million.