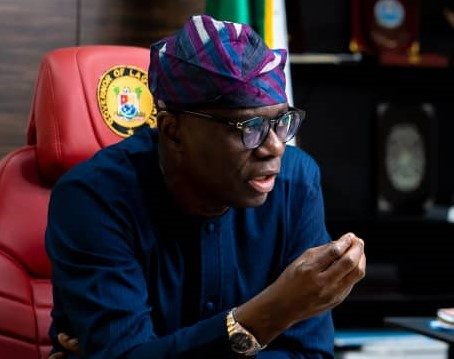 The Lagos State government on Sunday made a U-turn, ordering private primary and secondary schools in the state to reopen for classes September 21.

The state government had said last week that even though it said schools would reopen on September 21, it would be phased reopening that would see primary schools not opening on that date.

He urged them to stay safe even as they await their results.

According to the commissioner, the plans for reopening for a new 2020/2021 academic session in public schools are:

“Also, the present Junior Secondary School, JSS 3 and SS 2 students in public schools in the state are to resume classes from Monday, 21st of September, 2020.

“The resumption will permit the present JSS 3 students who are already in an exiting class to revise and get adequately prepared for their forthcoming Basic Education Certificate Examination (BECE) organized by the Lagos State Examination Board and scheduled between Tuesday, 6th and Monday, 12th of October, 2020.”

Adefisayo stressed that the resumption would also afford the present SS 2 students an opportunity to prepare effectively for their transition to SS 3 while the scheduled dates and venues for Entrance Examination into Lagos State Model Colleges will soon be announced by the State Examination Board.

“We assure parents that announcements for opening the other classes will occur as soon as we are certain of their safety. In the meantime, the unopened classes in public schools will continue their lessons on our various distance learning platforms (Online platform, radio, television and WhatsApp) while the next phase for physical resumption will be announced in due course,” she stated.

She also said that Private primary and secondary schools are permitted to resume from Monday, 21st of September, 2020 and the State Government strongly recommends and encourages school owners to put safety first and open in phases similar to the plans for public schools.

“Phased re-opening also include strategies for staggered resumption in the mornings, classes on alternate days during the week and teaching through various distance learning methods.

“Schools must also comply with safety protocols and hygiene guidelines as instructed by the State Government through the Office of Education Quality Assurance (OEQA).”

Adefisayo said OFQA would continue to monitor and evaluate schools preparedness and level of compliance to safety protocols in schools.

She maintained that “pre-primary classes and schools in both public and private schools will remain closed until further announcements are made. “The State Government wishes to remind schools that the pandemic is still with us and we must in all situations, make the safety of our children, teachers and parents and our community as a whole our first priority, “Adefisayo pleaded.

COVID-19: Use Persuasion, not Force to Get Workers Vaccinated, NLC Implores FG, States

NigeriaAt60: Buhari To Address The Nation From Eagle Square