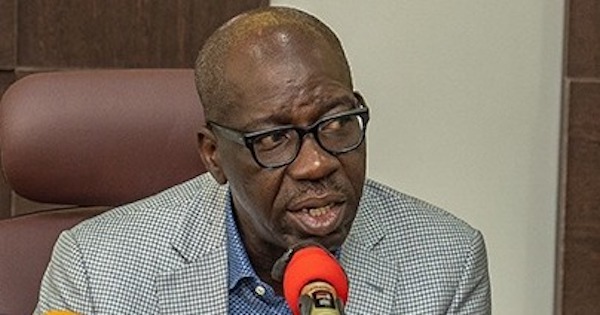 Obaseki, who stated this when he hosted the Senate Committee on (INEC) at the Government House in Benin, said the state government had made available all the resources at its disposal to agencies that would conduct the election.

He said “We want to believe that INEC, the umpire, will conduct a free, fair and credible election.

“However, the perception with the public and our people is that the election will be manipulated.

“This has been the rhetoric of the opposition.

“And that it doesn’t matter what happens in the polling units, because of what they term federal might, and that federal might may be deployed to the state.

“Fortunately, also that perception has been reinforced by the calibre of people who are leading the campaign on the side.”

He made references to Kano, Imo and Kogi and the alleged roles their governors were playing in Edo.

Obaseki added: “The governor of Imo came into the city with a full convoy of military men two days ago.

“So, with those kind of people around it doesn’t help the confidence.

“There is a massive fear that the Edo election will be manipulated.

The governor also alluded to some survey reports that confirmed the PDP’s belief that they would not get a fair outcome on September 19.

“INEC has to convince the people even when they had made all preparations and put all the process in place.

“The issue of perception must be addressed. INEC must come out very clearly to prove that they are truly independent.

“Even when we are the opposition party at national level, it does not mean that we will not get justice.

“The other area of concern to us is the issue of security.

“We had the opportunity to visit the Inspector- General of Police after our ward-to-ward rally and also to present a report to him.

“There were about 12 attacks on us the PDP.

“I appealed to him to make sure that people are apprehended and prosecuted, but if these people are not being prosecuted they may just do same during the election,” he concluded.