Home > Politics > No room for rigging, violence in Edo 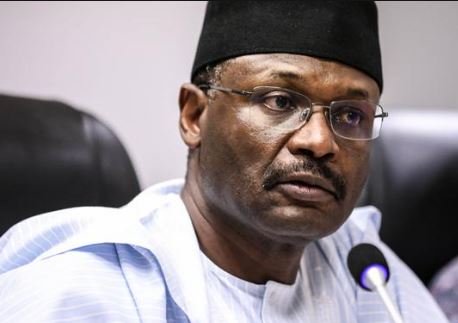 THE Independent National Electoral Commission (INEC) on Monday said Saturday’s governorship poll in Edo State will be holding under a charged atmosphere.

The agency, which unfolded a comprehensive plan to safeguard the sanctity of the election, warned trouble makers to stay away from the state.

He said the ballot papers and result sheets have security features which are a clean break from previous polls.

Assuring that votes will count, he said there will be no room for impunity on poll day, adding that all forms of electoral offences will attract penalties.

Inspector-General of Police Mohammed Adamu said he had deployed 31, 000 policemen to provide security.

He warned that no disruption will be condoned by security agents, who have been mandated to deal with electoral offenders.

Yakubu said INEC’s proposed plan to deploy optimal technology during the exercise would be moderated to prevent a further complication of the already charged environment.

He said “The atmosphere in Edo State ahead of the election this weekend is already charged. We cannot afford to complicate it further by introducing a new technology we are not yet fully satisfied with.”

Yakubu emphasized that, although INEC is committed to a peaceful and credible poll, polling unit results will be uploaded for public view.

He said: “The commission is determined that no one will benefit from impunity or be rewarded for bad behaviour such as vote buying, ballot box snatching and stuffing, multiple voting, hijacking and diversion of election materials, disruption of collation, falsification of results, attack on INEC officials or compelling them to declare unofficial results.

“The people of Edo State must be allowed to freely vote for their preferred candidate without inducement or harassment.”

Yakubu added: “We have been assured by the security agencies that thugs and their sponsors will not have the freedom to move around freely to disrupt the election or collation of results.”

The INEC boss said the national headquarters of the commission will monitor the election.

“Our zoom situation room will receive live reports from the field. Accredited observers and the media will also be invited to join at intervals.

“By doing so, the commission will receive first-hand information as the election is going on.

“This has become necessary in order to accommodate the additional measures to protect public health necessitated by the global health emergency.

“However, all eligible voters who are in the queue by 2.30pm will be allowed to vote in line with the commission’s regulations.”

Unfolding plans by the agency to deepen the deployment of technology, he said: “The camera on the tablet will be used to take a picture of the polling unit result (EC8A) and to upload same on a dedicated portal.

“Our ICT Department worked on the new device and made a presentation to the commission which decided that the system needs to be robust enough, before it can be deployed in a major election.

“Unlike the 44 polling units of the Nasarawa Central State Constituency, the Edo governorship election involves 2,627 polling units. The commission decided that since this technology is work in progress, we should carry out a further test-run in some of the smaller constituencies during the by-elections scheduled for October 31, 2020 and thereafter engage with stakeholders before it can be deployed in major elections.

“The atmosphere in Edo State ahead of the election this weekend is already charged. We cannot afford to complicate it further by introducing a new technology we are not yet fully satisfied with.

“The uploading of polling unit level results in the election on Saturday will proceed as planned. The z-pads have already been delivered, configured and ad hoc staff trained on its deployment on election day. Enough chargers have been provided to address the power problem identified during the Nasarawa test-run. We envisage that there will be a high traffic of persons interested in viewing the results in real time.

“Consequently, the Commission has dynamically expanded the result viewing portal to accommodate almost two million viewers at the same time without clogging. To view the uploaded results, please visit our website (www. inecelectionresults. com) to register and create an account.

“The smart card readers will be used for voter verification and authentication. This is a mandatory requirement and where it is deliberately avoided to undermine the integrity of the electoral process, the result for the affected polling unit will be declared void, in line with the commission’s regulations and guidelines.

Yakubu assured that electoral officers will be neutral on poll day, adding that all ad hoc staff had been vetted.

He said: “I want to assure you that the personnel of the Nigeria Police Force shall remain impertial, firm and professional. It as also the first time that the Electoral Inter-Agency Security Committee is being put in place. The members have developed code of conduct for security personnel during the election.

“The personnel know that a document has already been circulated to them that they will be held accountable for any misconduct. A system is also in place for synergy between police, INEC and other security agencies involved in the election, towards guaranting a free, fair and credible election.

“Plans have also be perfected by all the security outfits involved in the election to deal decisively with disruptive elements and proactively frustrate any attempt to undermine the election. We shall be deploying 31,000 personnel to protect INEC officials, materials and the electorate.

The Resident Electoral Commissioner (REC) of INEC, Alalibo, said the agency was ready for the poll, adding that sensitive materials will arrive this week.

Why I was voted out. - by Kiddwaya