Governor Godwin Obaseki and his wife, Betsy Obaseki have cast their vote at the ongoing elections in Edo State.

The incumbent governor and his wife voted at Unit 19, Ward 4, in Oredo Local Government Area of Edo State.

Earlier on, there was mild tension at Emokpae Model Primary School in Oredo where the governor cast his vote.

Channels Television gathered that the fracas was as a result of a misunderstanding between an agent of a political party and a supposed election observer.

This occurred while some officials of the Independent National Electoral Commission (INEC) were setting up for the election.

The party agent was said to have mistaken the observer for another party agent and challenged him for sitting on a seat meant for the electoral officials.

As a result, both men engaged in an altercation as other electorates at the venue watched.

The situation was later brought under control following the intervention of the security agencies on the ground. 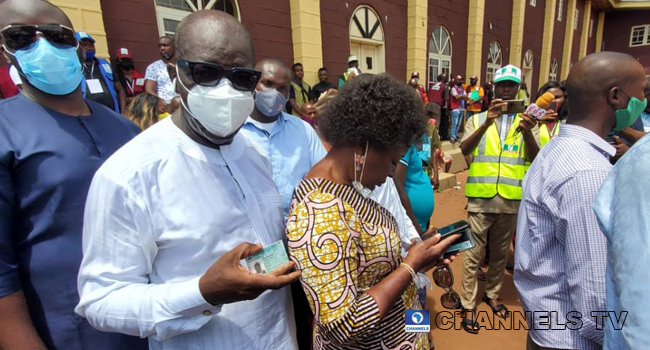 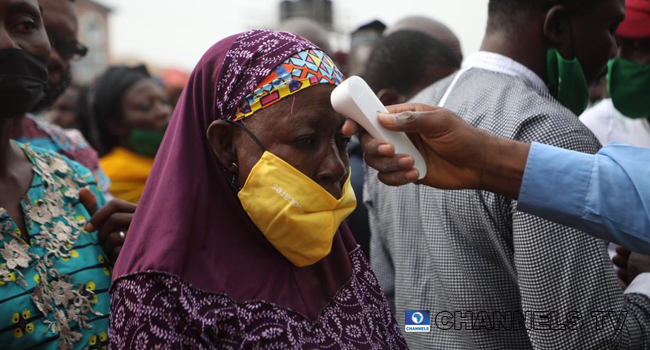 INEC STAFF TO ELECTORATE: No face mask, no voting