Tricky T has been evicted from the Big Brother Naija lockdown season.

After weeks of being nominated and saved, his run in the BBN house finally came to an end on Sunday night.

During his time in the house, Tricky T won the hearts of many with his personality which many described as easy-going, humble and sometimes comedic.

When speaking with Ebuka, he said he was grateful for his journey so far and is looking forward to more “hustle”. He also said he would pursue a career in filmmaking and also build on his music career. 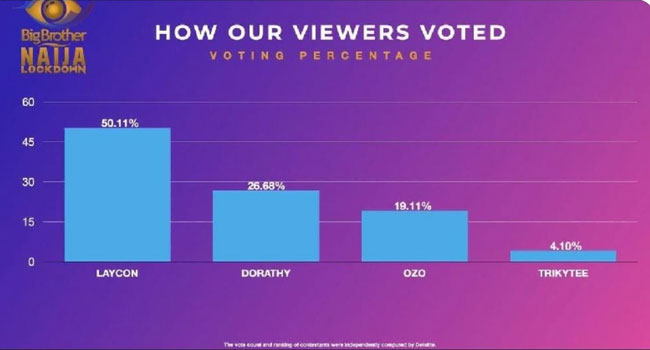 With just about a few days to the show’s finale, the suspense over who would make it to the finals and who would win the season has reached fever pitch.

The winner will go home with the grand prize of N85 million.