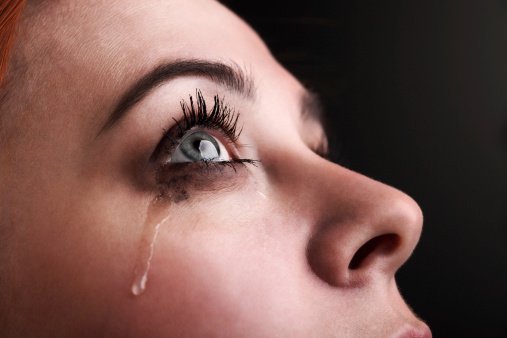 “My name is Mrs Bolanle Ogidan – I’m 38 years old and I’ve been married for the past 15 years.

“For 15 years, I’ve constantly prayed for the fruit of the womb. My husband and I had been to different hospitals for medical checks to no avail.

“The Doctors kept saying the same things – They say we are both fertile, which means we are both medically capable of making babies. I married my husband while I was still a virgin. This rules out the possibility that I had probably damaged my womb from multiple abortions.

“My husband (Dotun) has always been there for me in everything; understanding and supportive during our trying times.

“About 2 years ago, my childhood friend advised me on what to do… Following her advice, I remembered ‘Ajibade;’ my 22-year-old house help. Ajibade has been with us since he was a young boy and we treated him as if he was ours.

“I started talking to him about his personal life. A few months later, my husband travelled to his hometown to see his people, so I made good use of the opportunity!

“I locked Ajibade in my room and begged him to have sex with me. He refused at first, then I threatened him that I would send him back to d village. He eventually agreed, so we had sex about 4 times before the break of dawn.

“Thirteen days later, I became pregnant. Ajibade was not aware that I was pregnant and I gave him N2 million and told him to take the money and go back to the village. The little chap was grateful and happy for the money. He was super excited.

‘I eventually told my husband that I was pregnant and he instantly became the happiest person in the world. He called his mother and updated the family about the news and they started buying baby clothes and toys.

‘A few months later, we did a scan and the doctors told us that I was going to have twins.

‘To God’s glory, I gave birth to Taiwo (female) and Kehinde (male) but two days ago, my husband woke me up in the middle of the night, held me in his arms, looked into my eyes, and asked me: “Jumoke, who is the father of our kids?”

“I was shocked and scared at how he could have known. I just knew he had stumbled on the truth because of the way he asked me. I didn’t know what to say. I was so shy because I knew I had betrayed his trust. I looked into his eyes and I burst into tears.

“He then said to me: “Jumoke, before you start talking, I have a confession to make.”

“I wiped my face and sat upright. He went ahead and told me how he had unprotected sex with a girl in his village and contacted STD before he got married and how he didn’t treat it for a very long time. He told me that when he eventually went to the hospital, the doctors told him that the STD he didn’t treat early had made him sterile, which means he would never be able to make a woman pregnant.

“He said he treated the STD before he got married to me and that he has always known that he was sterile. He explained that all those tests we’ve been doing had been paid for and that he had always told the doctors to give me a wrong result.

“He also added that the woman he had $ex with back then had gotten pregnant and that the child was Ajibade; our house-help. He also went ahead by saying that he had always wanted to tell me to look for someone to impregnate me but that he just didn’t have the balls to do so.

“But now that I had done it, he would like to know who the father of the children is.

“When I woke up I saw myself at the hospital.
“And I was asked not to be pressured that’s why my husband has not ask me yet.

Obaseki: Edo lions and tigers now caged in the zoo

‘The Fight Is Over,’ Obaseki Extends Hand Of Fellowship To Oshiomole, Ize-Iyamu