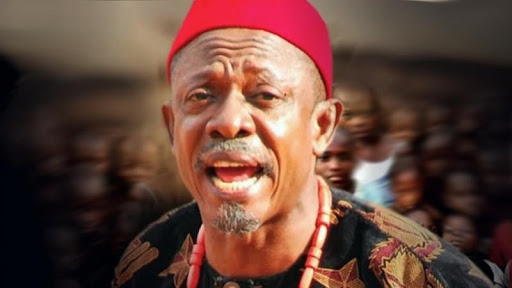 Why I Will Never Forgive Buhari – Nollywood Actor Nkem Owoh

Prominent Nollywood actor, Nkem Owoh, popularly known as Osuofia has vowed never to forgive President Muhammadu Buhari for making his family go into mourning and grief after he ordered the execution of his younger brother, Bartholomew Owoh.

Bartholomew alongside Bernard Ogedengbe and Lawal Ojuolape was publicly executed by Buhari when he was a military Head of State after the trio were caught trafficking drugs.

Back then, the offence was not punishable by death but with coming to power, Buhari enacted a decree that made drug trafficking offences carry the death penalty.

Despite pleas by Nigerians and the international community for the young men to be spared, Buhari was adamant and made sure the young men who were aged between 26 and 30, were publicly executed.

That singular action, according to Osufia, threw his family into untold grief and sorrow and hence his decision never to forgive Buhari for as long as he lives.

In a recent interview, the comic actor said that whenever he turns his television and sees Buhari, he feels so much anger and to maintain his sanity, he has to put off the TV as he cannot imagine a man who ordered the execution of such young men presiding over Nigeria. 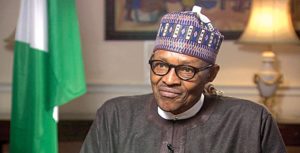 Even though it has been over 20 years that his brother was killed, Nkem Owoh narrated that his family has still not come out of the grief and anytime he sees Buhari on TV, he finds it hard to control his emotions.

“Anytime I see Buhari on TV or even in real life, I find it hard to control my emotions as I often break down in tears,” the actor began.

“Yes, my brother committed an offence but at that time, the crime did not carry the death penalty but Buhari came and passed the decree that killed my brother and the other young men.

The crime they committed did not prescribe the death penalty and at most, they could have been sentenced to prison terms but despite pleas from well-meaning Nigerians and the international community including Amnesty International, Buhari turned deaf ears and my brother was killed, cut down in his prime.

If he had been sentenced to a prison term, he could have become reformed and a different person after serving out his jail term.

He was only 26 at the time he was killed; he was a first offender and I am sure if he had been jailed, he would have learnt his lessons and become a better citizen.”

Nkem Owoh who has acted in over 200 Nollywood movies, also added that the trauma the incident caused led to the death of their father who did not recover from the ordeal, ending on this sober note:

“How then can I ever forgive a man who dealt my family such a devastating blow? And anytime I remember he is the president of this great country, I weep bitterly. But I pray God should forgive him.”