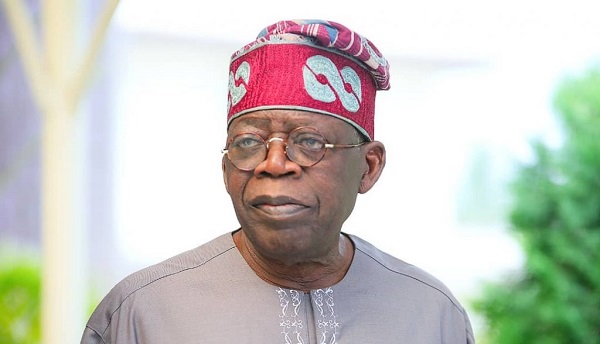 National leader of the All Progressives Congress (APC) Bola Tinubu has called on the voters in Edo State to reject Godwin Obaseki in the forthcoming governorship election in the state.

Tinubu, who is also a former governor of Lagos State, in a recently released video posted on social media, said that Obaseki is not a democrat, and that going by his actions, does not deserve the votes of people in the state.

Tinubu, in the video broadcast on Tuesday, accused Obaski of not being a democrat and as such does not deserve a single vote at the election, in which he is seeking a second term.

According to him, Obaseki did not participate in any of the struggles that led to the return of constitutional democracy in the country, making him unable to appreciate democratic institutions.

He, therefore, called on Edo State voters to reject Obaseki, who is the candidate of the Peoples Democratic Party (PDP).

He said: “He (Obaseki) does not deserve any democratic ballot paper. Don’t vote for him, I appeal to all of you.

“I want to appeal to you to reject Godwin Obaseki in this coming election. I have suffered with many others to bring about this democratic regime, that today, we are enjoying in the country. Then, Godwin Obaseki didn’t participate in any aspect of the struggle to enshrine democracy in the country.

“Therefore, he could not understand the value and the pains associated with this democratic struggle,” Tinubu stated.

The former governor also harped on how Governor Obaseki prevented 14 out of the 24 elected state lawmakers from being inaugurated, adding that he refused to take the advice of the National Assembly and the Attorney-General of the Federation to let the 14 members of the House of Assembly be inaugurated.

Continuing, the APC National Leader accused the governor of supervising the destruction of the House of Assembly complex, just to prevent the inauguration of the 14 lawmakers.

He added: “He demonstrated the act of dictatorship, lack of respect for rule of law, lack of respect for you the people who voted for those legislators prevented from being sworn-in. Today, he now comes back as a democrat wanting you to vote for him. Please, I appeal to you, reject him.

“Several institutions and leaders of our country appealed to him to respect constitutional democracy but he rejected all entreaties. He rejected the appeal of the National Assembly.

“When the Attorney-General of the Federal Republic of Nigeria enumerated the path of honour and the constitution of the country, rather than obey and respect the law, he vandalised the House of Assembly in Edo by removing the roofs, pouring gravels and rocks at the entrance of the House of Assembly only to prevent these 14 members from being sworn-in. Now, he is asking for our votes, your votes, our dear people. Is he a democrat? No, he is not.”

Governor Obaseki is billed to face his main challenger, Pastor Osage Ize-Iyamu of the APC, on Saturday September 19, 2020, in an election that promises to be a titanic battle between the PDP and the APC.

Ize-Iyamu has the support of a former governor of the state and the immediate past National Chairman of the APC, Comrade Adams Oshiomhole, a known ally of Tinubu.

Oshiomhole, Tinubu pose a big danger to our democracy —Obaseki