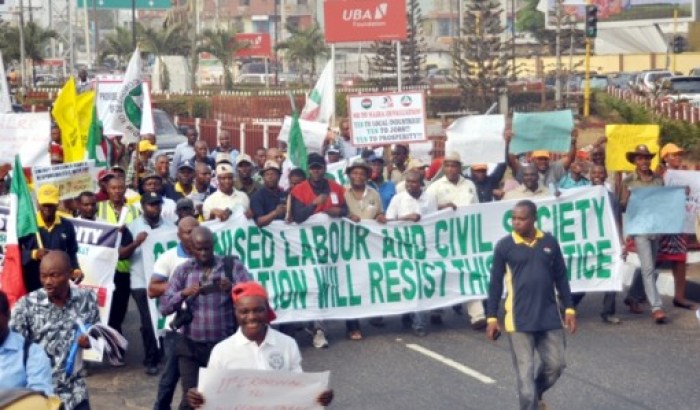 Organized Labour Congress, Ogun State chapter has announced the call off of its one week warning strike which started on Wednesday over failure of the State Government to pay the minimum wage of its workers as promised.

The labour congress led by Comrade Lasisi Emmanuel Bankole while speaking with journalist at Okemosan said the Congress and the state government had signed a Memorandum of. Understanding (MoU) in which the governor has promised to start paying by October 2020.

According to him, after extensive deliberations on each of the request, the meeting unanimously resolved implementation of the Signed New Minimum Wage, as the the State Government agreed to commence implementation effective from October, 2020.

The MOU issued at the end of the meeting which Bankole read said the State Government agreed to earmark the sum of N500 million for the clearance of gratuity on quarterly basis while payment would commence latest by January, 2021.

“Review of other demands: The meeting also agreed that other demands by Organized Labour would be subjects of joint reviews, the first of which will be in March, 2021,” the MOU said.

According to the MOU, the Labour team would make an immediate public pronouncement to call off the strike and that no reprisal of any kind would be meted on any person(s) for his/her role(s) in the just concluded resolution of this industrial action.

“It is however the hope of the State Government that the entire workers in the State will reciprocate the good gestures of the Government with continued dedications, loyalty and efficiency in the discharge of their duties,” the MOU said.

Edo Poll: We Must Be Neutral At All Times, INEC Chairman Tells Electoral Officials

NigeriaAt60: Buhari To Address The Nation From Eagle Square