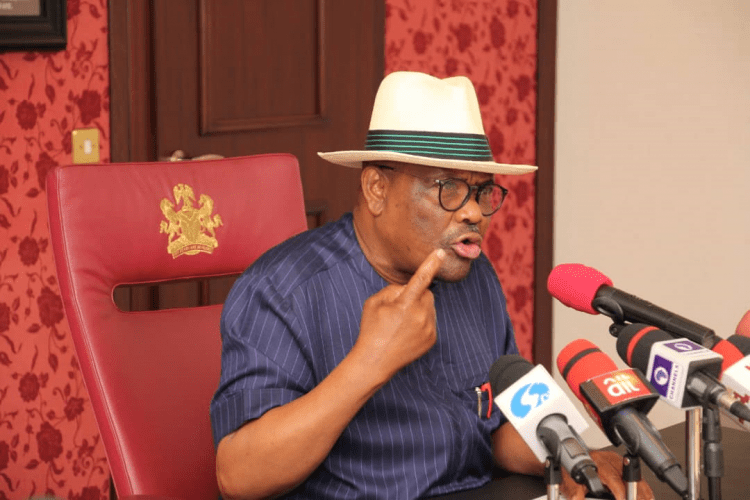 Governor Nyesom Wike of Rivers State on Friday said that the Inspector General of Police, Mohammed Adamu, has called him to leave Edo ahead of the State’s governorship election scheduled for later today.

Wike made the claims on Channels Television following earlier alarm by the Peoples Democractic Party, PDP that security operatives including policemen, laid siege on the hotel where he and some of his colleagues are lodging in Benin ahead of the governorship election.

Governor Wike, who is the Chairman of the PDP National Campaign Council for Edo Governorship Election said the IGP said he should leave Benin because his presence may result in crisis ahead of the gubernatorial poll because of his utterances.

Wike, however, said he told the IGP that he will not leave Edo because some governors of APC and other chieftains of the party are also in the city.

He said, “I am not the only Governor here, the Governor of Imo State is here, Ganduje is here, the deputy Senate President is here. So, why should you tell me to leave? I said I will not leave.

“As the chairman of Campaign Council, we have to monitor what is going on and tomorrow, we go out and monitor what is going on. He cannot tell me that I must leave Edo State. It has not happened in this country. I don’t know where we are heading to. For IG to call a governor, to tell a Governor you must leave Edo State. It is the highest level of impunity.

“I am not going to vote, but we hold it as a duty as a party tell us monitor what is going on. I am here to do my assignment, I’m not here on campaign, the people must have made their minds on who they are going to vote for and who they will not vote for.

“But at the end of the day as the chairman of the Campaign Council, I should be able to write a report, say what I witnessed, and say what happened. Not for the IG to call me, a governor, that you must leave the state. I have not seen that kind of thing in my life.”