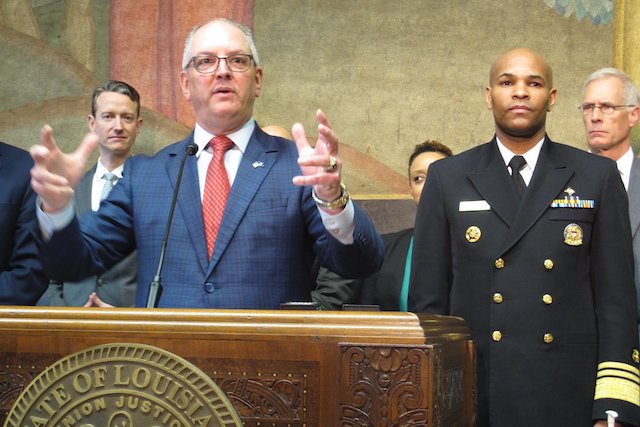 The US state of Louisiana has postponed its 2020 primary over the coronavirus outbreak,
Secretary of State Kyle Ardoin said at a press conference on Friday.

The state will push its presidential nominating contests till June 20. It has also delayed its municipal elections until July 25.

“We want to protect the health and safety of all Louisianans by doing our part to prevent the spread of this highly infectious disease,” Ardoin told reporters, according to CNBC

It is the first state to do so as the virus rages in America.

Arizona, Florida, Illinois and Ohio, which hold primaries and award a trove of pledged delegates on Tuesday, have moved forward with their election events as planned. Some states have encouraged more voters to cast absentee or mail-in ballots to reduce the risk of the virus spreading.

Louisiana’s move to delay the primaries, and its allocation of 54 pledged delegates in the Democratic race, underscores the widespread havoc the global pandemic has wreaked on American life and institutions. It is unclear now whether any of the other states voting next month, including New York, Pennsylvania and Maryland, will follow suit.