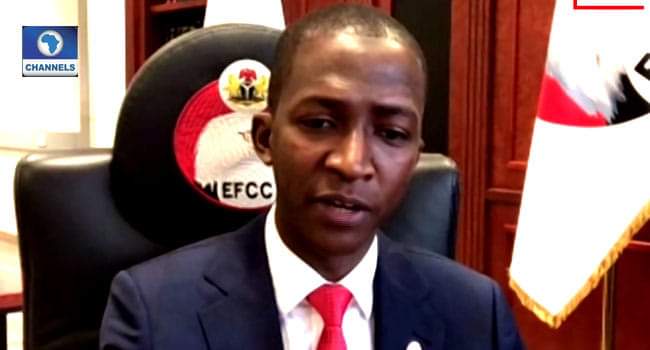 The Chairman of the Economic and Financial Crimes Commission (EFCC) Abdurasheed Bawa, has taken steps to avoid imprisonment in Kuje prison following a court order.

At the end of the 2023 budget defence with the House of Representatives Committee on Anti-Corruption, on Tuesday, Bawa told reporters that he has appealed the order.

“Well, we have appealed against it, so we allow the natural course of law to take its effect,” the anti-graft agency boss said.

Justice Chizoba Oji had ordered the arrest of Bawa for failing to carry out the directive of Justice Muawiyah Idris in a case against Air Vice Marshal (AVM) Rufus Adeniyi Ojuawo.

Justice Idris had ruled in November 2018 that EFCC had no case against Ojuawo after its inability to submit evidence beyond reasonable doubt to prosecute the Air Vice Marshal.

EFCC was ordered to return N40 million cash and a Range Rover SUV seized from Ojuawo, which the anti-graft agency had claimed the officer corruptly obtained from Hima Aboubakar of Societe D’Equipment Internationaux Nigeria Limited. 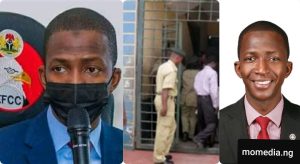 However, the EFCC failed to do as ruled by Justice Idris, and in a new ruling regarding the case, Justice Orji, on October 28, ordered that the Inspector General of Police should effect the imprisonment of Bawa in Kuje prison, as failure to return the items was contempt of court.

Despite Bawa already appealing against Justice Orji’s order, the Force Public Relations Officer, Olumuyiwa Adejobi, said the Inspector-General of Police, Usman Alkali Baba, is not aware of the directive, and the order was not addressed to the Police.

“I am not aware of any order. The Inspector-General of Police too is not aware of such an order. Perhaps it was not addressed to us,” Adejobi said.

How to Have a Better Relationship